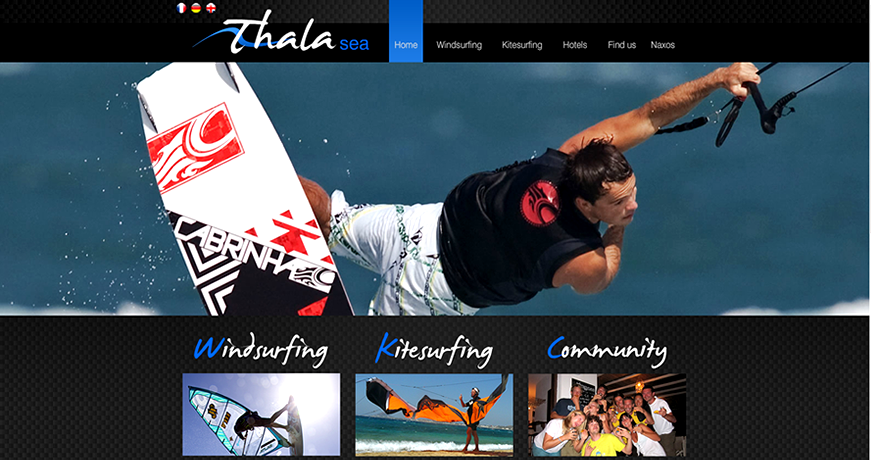 Thalasea Sports is a windsurf school since 1997. The bay of Mikri Vigla Naxos has some of the strongest winds in the Cyclades, created by a venturi that is formed by the squeeze caused by Naxos and the neighbouring island of Paros.

Naxos can be reached by plane or by ferry. Many people fly to Naxos by transfer from Athens Airpo rt "Eleftherios Venizelos". The flight takes about 35 minutes. Naxos has a domestic airport and therefore doesn't receive charter flights. You can also flight to Santorini or Mykonos, they receive charter flights and then go to Naxos by ferry. Many people also go to Naxos by ferry. The trip by ferry takes much longer than by plane but many progress has been done in recent years to ameliorate the itineraries. Now Naxos can be reached in about 5 hours.